Cats are adorable feline friends who keep us motivated and always happy at the comfort of our homes. One curious thing though about these pets is how they grow and the time they take to reach full maturity. According to research, most cats usually take an estimated 1 ½ to 2 years to fully reach maturity. Although this principle doesn’t occur to all cats, research reveals that a young kitten is considered to be fully mature at the age of one year. After your cat is one year old, their bones and sexual maturity continue growing for another eight months till the age of 18 months.

Similar to dogs, cats are categorized into different breeds such as Persian Cat, British Shorthair, Ragdoll and Maine Coon among others. Some breeds such as the Maine Coon have a very slow growth rate where it takes up to 4 years to fully mature. What’s even more interesting about this breed is that a fully grown adult resembles a kitten in appearance.

Cats mature pretty much slower than humans. A one year old cat is usually considered to be fully grown. When we relate this to humans, you’ll find out that a one year old cat is equivalent to a 21 year old human. How can you tell a cat’s age? According to experts, it’s relatively easy to guess the age of a cat. A young cat has floppy ears, quick minded, very playful, has a very sharp mew voice and it’s usually a messy eater.

The skin and bones

Paying our attention to body growth, cats usually take around 6 to 10 months to fully develop strong bones. After the 10 months, your cat starts adding on body mass as well as increase the fur. During the next four months, your cat will trail through sexual maturity period where they will fatten up. From 15 months to 3 years, a cat is considered to be a teenager and during this time, a male cat is ready to mate and produce kittens of its own. However, the time taken by your cats to fully reach maturity is relatively variable and depends on the breed.

One can easily predict when a cat is fully mature through social behaviors. When a kitten is about 8 months old, you’ll notice that she’s more playful, temperamental and very clingy due to hormonal changes. As she grows from 8 months to 2 years, her behavior changes where she becomes more relaxed, calmer and settled. During this time, your cat will develop social affection signs where she wants to spend more time with the owner.

Finally, when your cat approaches 10 years, she’s considered to be fully mature and elderly. During this time, a cat requires special care through feeding on a balanced diet, spending more time with them, helping them sharpen their memory and giving them more time to sleep and relax on their own. At this age, it is also recommended that you provide them with a joint health supplement, as cats are liable to joint issues just like us.

In fact, they actually tend to suffer more from joint pain and aches due to their frequent jumps and hard landings. My supplement of choice is Cosequin for Cats: a veterinary-approved supplement and is the only joint health supplement brand shown to be effective, safe, and bioavailable in published, controlled U.S. studies. 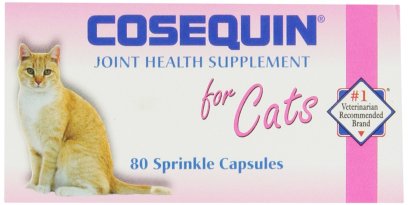 You Can Finally Speak Cat!

How to Stop Your Cat Peeing Outside Litterbox